It seems like once a year or so I have a post where I announce I am a bad blogger and that I am back to make it right.  Well, I'm back, again.  Since I have discovered facebook, I haven't had a need to update this blog until now.  A friend insisted that I enter a contest revolving around the little, scary elf on a shelf.  Just do a quick Google search or look on Pinterest and you will see hundreds of cute ideas to play into the magic of Christmas and keep your children behaving well.  However, the twist to this contest is that the elf should be photographed doing something inappropriate.  As Barney Stinson would say, "Challenge accepted!"

We were already playing by our own rules.  Lauren was terrified of the original elf and wanted a girl elf.  So we sent a special request to Santa and surprise, surprise our pleas were answered with a perky, pretty little thing that the girls named Raquel.  She has only been in our house a few days but as gotten into a few situations that the girls didn't quite understand - strip poker with the Kens - but that is as far as I am willing to go with the girls.  They just thought it was a card game with the boys' shirts off.  Wink.  Wink. 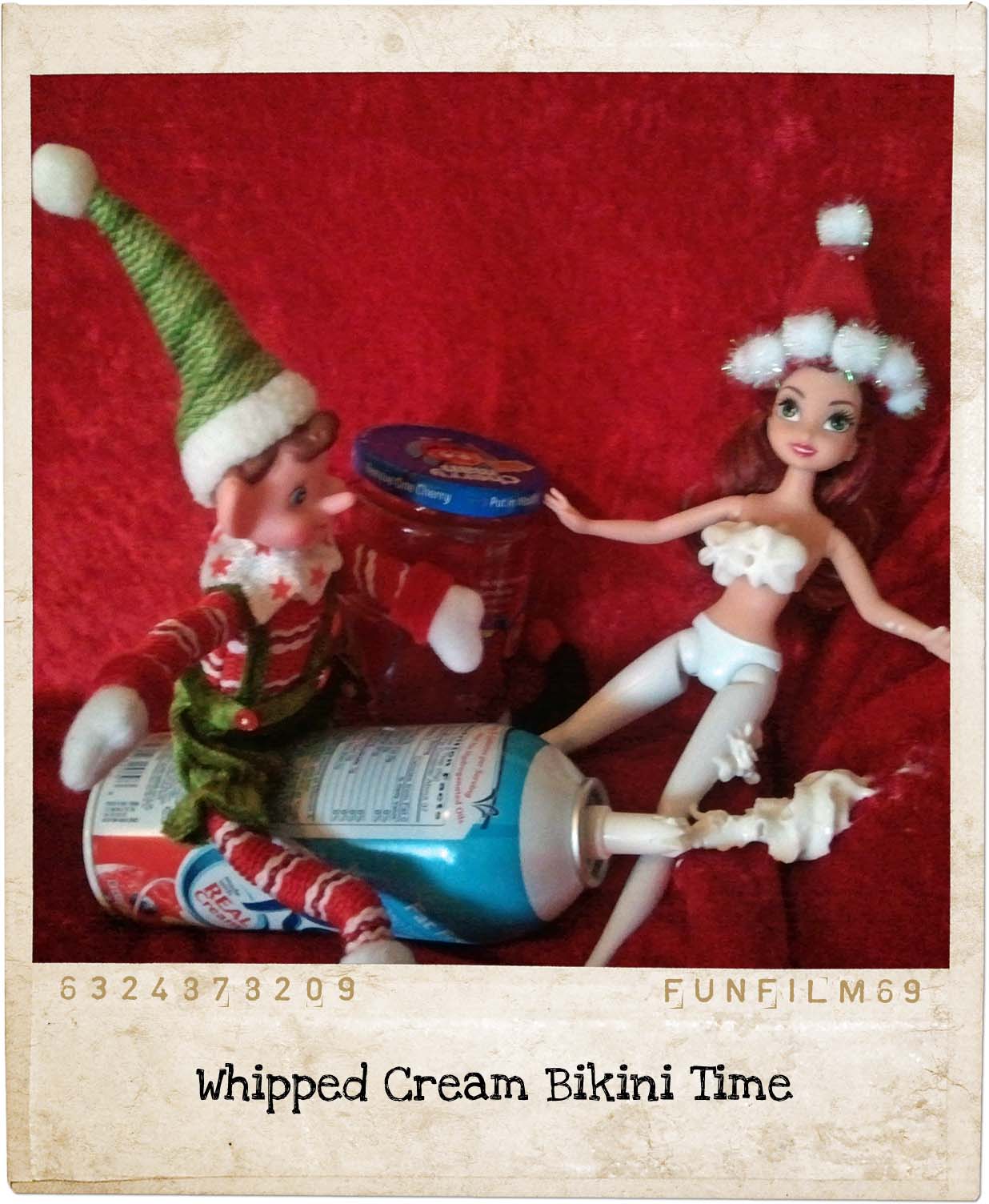 So while the girls were at school today, I decided it would be the only chance I had to get the inappropriate shenanigans out of the way when they wouldn't see it.  So out came the whipped cream and off came the clothes.   It was a lot more difficult then I expected.  The cream kept melting.  So I took the picture as quickly as I could and popped her back on top of the deer mount in the living room where the girls expect her to be and started the upload.  The picture came out a little blurry but the inappropriateness came out clearly.
I
Someday, when my girls are adults and hiding the elves around their houses, I hope they can appreciate their mother's bizarre sense of humor.

Robin
I am an extremely exhausted mom of two gorgeous girls, Lauren and Lilly, and the proud wife of Keith, engineer, garbage put-ter outer, car fixer, and do gooder. Now, with all those titles, you understand why the trim work has not been finished in my bathroom even though it has been around 4 years! I LOVE HIM!!!!